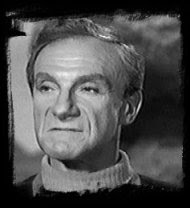 The Bush Admin has a reputation for exquisitely disastrous political appointments. There's no need to provide examples, as political blogs have done such a good job documenting the many abuses. But the crisis which was Hurricane Katrina and FEMA was a prime example, so big in fact, that even the MSM could not avoid it. Much attention was focused on the incompetence of Michael "Brownie" Brown, and he became a 'fall guy' for the Admin. But of course, such shear organization wide ineffectiveness can not be hung on the neck of one man. The reality is, is that FEMA's full of Bush appointments, people totally unqualified for the positions they hold. Like a rat escaping a sinking ship, one has found a toe-hold in NASA:

NASA Headquarters has a new political appointee in its employ: Patrick Rhode. He'll be working on the 9th floor. For those of you who followed the post-Katrina management fiasco at FEMA you may recall hearing his name. Rhode served as FEMA Director Michael Brown's Chief of Staff and later...Patrick Rhode is now listed in NASA's online phonebook as a "senior advisor" to "Organization: A" (Office of the Administrator)

What follows are a few media excerpts from that time...

..."Then there are former NBC cameraman Bob DeServi and ex-Fox News producer Greg Jenkins, and Patrick Rhode, who presumably learned all he needed to know about disaster management as a news anchor in Arkansas and Alabama before he became chief of staff for FEMA washout Michael "Brownie" Brown at the emergency agency...

...Brown's own schedule was booked with media interviews in the days immediately before and after the storm. At 6:21 a.m. the day Katrina slammed into the Gulf Coast, Brown was prepping for an interview and e-mailing with his then-deputy, Patrick Rhode. "Yea, sitting in the chair, putting mousse in my hair," Brown e-mailed Rhode."Me too!" Rhode replied..."

Please check-out the link above from for more information. NASA Watch is a great site to help you keep informed.
Posted by genexs at 11:04 AM