Never pull the trigga of a Myrmecciinae 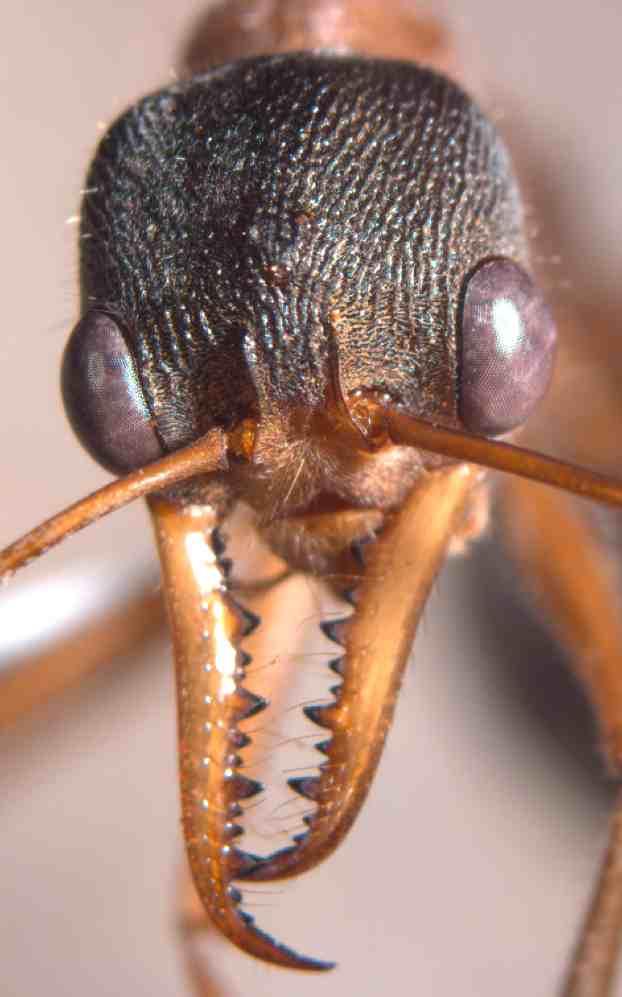 Yup, they're as mean as they look.

Most of us are familiar with the legendary Army Ants of Central and South America. In Africa, it's the Driver Ants which strike fear. But Australia has perhaps the world's most aggressive ant, The Bull Dog:

...They are blessed with saw-like elongated mandibles and a sharp sting that originates from the poison gland in the gaster. They never shy away from intrusion and even pursue human intruders who get close to the nest for a few meters. They are nocturnal and blend easily into a background of dry leaflitter....They establish permanent nests which resemble huge crater like depressions...A unintentional poke...results in an unprecedented surge of workers running out with mandibles wide open. They have extraordinarily mammoth eyes and would very likely be using visual cues for navigation...

An excellent collection of Ant Blogs, with some great pictures, by Ajay Narendra of Canberra, Australia.
Posted by genexs at 1:04 PM