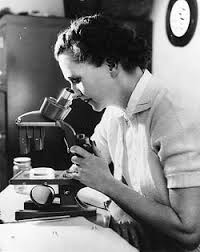 Rachel Carlson, who's groundbreaking book "Silent Spring" helped launch the environmental movement, was up for a Congressional honor until a Republican Senator got wind of it. From Raw Story:

...A Republican Senator known for his criticism of various environmental causes is single-handedly holding up two bills in the US Senate that would honor the life of Rachel Carson, author of the well-known book Silent Spring...

Just another exercise in earth-hating, brought to you by the Republican party.
Posted by genexs at 12:08 PM