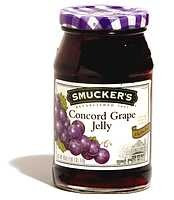 A great article from the BBC:

"...The Bellamine Witch Bottle, believed to be the first of its kind to be found unopened, is thought to contain urine, human hair and metal pins..."

The article states that the bottles once were used to repel the curses of Witches, or even kill them. The bottles were intended to reflect back negative energy, wherever it was coming from. If a person was trying to harm you, the more they tried, the more the bad energy returned to the sender--and in fact could increase in intensity. Today, the use of Witch Bottles has evolved, encompassing broader and more pleasant functions, similar to "curse catchers" or "dream catchers". For an excellent discussion of the care and feeding of Witch Bottles, check out BOTTLE SPELLS and SPELL BOTTLES, by Catherine Yronwode. Getting back to the BBC article:

"...Dr Massey, a retired chemist, who studies the bottles as a hobby, said he was very excited by the discovery..."The seal not having been broken will give us a sample of body fluid, urine probably, that's maybe 340 years old - it's an exciting thing to look at...the stopper doesn't appear to have been pierced. There's definitely liquid in it one can feel it when you gently shake it...."

Thanx to Wren's Nest @ Witchvox for the links. The comments at Wrens Nest News tends to be good, this one being no exception.

OK, let's be scientists about this! Time to make our own Witch Bottles.

Method:
First you need a bottle or jar. Nothing fancy--a spent jelly, mayonnaise, or condiment jar will do. Clean and rinse it well. Next dump in a handful of pins. Again, any type or amount you can spare will do. You can also use nails, broken glass, or other sharp objects. Now here's the fun part: PEE IN IT! Try to fill it up. If you are a wimp and can't manage to fill it, don't feel bad. In Wicca--it's the intention that counts! Heh! (More on that "intention" thing in a bit)

(You might be asking, "Am I suppose to be doing magic with plain old junk I have laying around?" You bet! Witches of yore learned to rely on standard or innocuous household items for their craft. For example, think of the two most cliché items we associate with Witches: the broomstick and cauldron. These were common items found in any home, not something someone could be persecuted for owning. In fact, a cauldron was a prized and cherished cooking utensil. On the other hand, a little doll (or poppet), with human hair and pins stuck in it just might be construed as something diabolical, as some of the innocent victims of the Salem Witch trials were to find out.)

For extra credit:
The more effort you put in, the more satisfying the process becomes, and the more powerful will be your creation. While assembling your jar, visualize what you are making it for. If it's for household protection, think of yourself safe and secure in your house, with the one's you love. Like all works of magic, the best time to be doing this is during the waxing or full Moon.

WARNING: Kids, don't try this at home:
There's other fluids that can go into jars, such as blood or semen. Menstrual blood is very powerful! WooWhooo! But I would advise against this: we are trying to make a Witch Bottle for Protection, not a Weapon of Mass Destruction! Heh!

Once the fluid is in, screw the cap on the bottle or jar. You might want to seal the rim with wax or tape. Now bring the jar outside and bury it under the front entrance of your home. If logistics prevent this, just bury it nearby. Raymond Buckland recommends burying the bottle at least 12 inches, if there's a danger of frost. He recommends checking on it every so often and replacing it if broken. If you absolutely can't bury it, be inventive--intent counts the most. Maybe keep it in a dark drawer or box, preferably near the front door. On the other hand, a Witch Bottle is traditionally believed to maintain it's power and connection to you--your urine symbolizing a spiritual link--even if you choose to bury the bottle far from home.

Conclusion:
Congratulations! You just performed an act of magic combining hundreds of years of Pagan history and the modern flare of Wicca. Even if you don't buy the magic elements, just think of yourself as a participant observer in a anthropological research project! ;)
Posted by genexs at 8:49 PM

oh, my. After Katrina, I found myself making a series of what I called "spirit bottles" which were large bottles covered with mardi gras beads and filled with spirits that I associate with New Orleans - rum, bourbon, absinthe. I've made Anyways, good to know this is part of a long tradition with witches. I'm going to stay away from the urine, tho. I survived the 70's and all the feminist rituals with menstrual blood. No more for me, thanks! Love your blog. This post had me laughing out loud!

Thanxie. Every since I buried my Witch Bottle underneath the front steps, the Jehovah Witnesses have not come within 100 yards of my house. This shit works! ;)