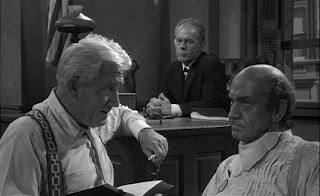 Science bloggers let out a collective scream today. It seems Dominionists are up to their old tricks trying to subvert the education system of the USA (In Texas, no less! Who'd of thunk? Heh!): Bluegal at CrooksandLiars covers it well:

...Comer was put on 30 days paid administrative leave shortly after she forwarded an e-mail...announcing a presentation being given by Barbara Forrest, author of “Inside Creationism’s Trojan Horse,” a book that says creationist politics are behind the movement to get intelligent design theory taught in public schools. Forrest was also a key witness in the Kitzmiller v. Dover case concerning the introduction of intelligent design in a Pennsylvania school district...

Of course, the person responsible for this latest stink is a Bush crony:

...The call to fire Comer came from Lizzette Reynolds, who previously worked in the U.S. Department of Education. She also served as deputy legislative director for Gov. George W. Bush. She joined the Texas Education Agency as the senior adviser on statewide initiatives in January...

Josh over at Thoughts from Kansas says it best:

Do check out Josh's post above, as he's posted Comer's original email.

Bluegal makes an interesting side observation:

...Update: Some commenters are taking offense that this post is anti-Christian. I wrote it. I’m a Christian (believing Quaker). A great many members of Americans United for the Separation of Church and State believe as I do that intelligent design is a specific attempt by Fundamentalists to inject religion into the public schools, and some of us also believe that if the State teaches the Bible they will misinterpret it for our children. Religious freedom requires freedom from anyone’s individual religious beliefs being force taught in the public schools as scientific fact...

Bravo Bluegal! As a fellow member of Americans United, I fully embrace the fact one can be spiritual yet support science. It's funny, but I sometimes get flack coming in the opposite direction, as some of my deep science geek friends can't fathom how I can be Wiccan.
Posted by genexs at 1:19 PM