Ants cause Xtain angst at Smithsonian 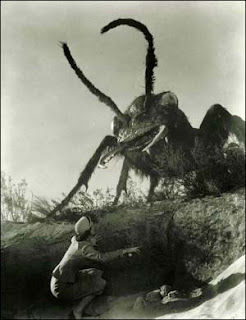 Art or Hate Speech? Video of Ants Crawling on Crucifix Pulled from Smithsonian

I well remember the war against the NEA, waged by the Religious Right against a number of artists (such as Karen Finley) in the 1990's. Well, it seems like old times as an outcry over an exhibit at the Smithsonian Institution has resulted in the artwork being pulled from display:

Wow, they sure saved the best for last! But is Ellen grabbing her own breasts, or those of her S/O's? But anyway:

...Several Republican leaders, including incoming House Speaker John Boehner and Majority Leader Eric Cantor, have said they will examine taxpayer funding for the Smithsonian in the wake of the controversial display.

People have been wondering how the new Republican majority in the House will be flexing its muscles. I think this is a good indication.
Posted by genexs at 11:20 PM

I remember someone in college once insisting that a work "can't be art if it insults someone". I laughed at their lack of critical analysis then; seeing the same attitude in congress is a bit more sobering.

google "piss christ" for a fun refresher course of cross cultural insanity. Thanx for your comments and I'm glad you enjoy my blog.