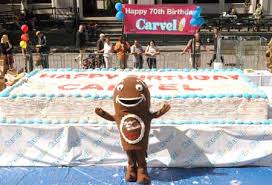 John Taibbi's new book "The Great Derangement" details his undercover infiltration into the world of Dominionist and John McCain supporter Pastor Hagee. Taibbi participates in a form of group therapy, where each participant must confess some past hurt or trauma. The tale he spins is bought hook-line-and-sinker:

"...My name is Matt. My father was an alcoholic circus clown who used to beat me with his oversize shoes." I closed my own eyes and kept going, immediately realizing what a mistake I'd made. There was no way this story was going to fly. But there was no turning back. "He'd be sitting there in his costume, sucking down a beer and watching television," I heard myself saying. "And then sometimes, even if I just walked in front of the TV, he'd pull off one of those big shoes and just, you know -- whap!..."

Pretty funny, you might say. But it gets better! During later session, he embellishes the story:

"...I laugh about it now, but once he chased me, drunk, in his Fudgie the Whale costume. He chased me into the bathroom, laid me across the toilet seat and hit me with his fins, which underneath were still a man's hands..."

Hilarious, thanks for posting this. My favourite bit so far:

It was a wound, Fortenberry explained, because his father's abandonment had crushed his "normal."

"And I was wounded," he whispered dramatically. "My dad had ruined my normal!"

The crowd murmured affirmatively, apparently knowing what it was to have a crushed normal.

Oh wow, this bit is even funnier...

"In the name of Jesus, I cast out the demon of handwriting analysis!" shouted Fortenberry.

Handwriting analysis? I jammed the bag over my mouth and started coughing, then went into a very real convulsion of disbelief as I listened to this astounding list, half-laughing and half-retching.

One of my friends pointed out her favorite thing to be confused about:
The "demon of handwriting analysis".

Thanx for commenting. The books sounds hysterical and I'm glad they posted such a large preview online.