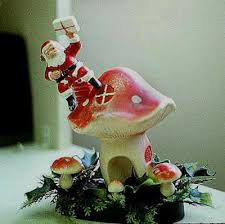 I did not want to forget about this positive article in The News Leader from Central Shenandoah Valley:

STAUNTON — On Saturday, whether alone or in covens, area residents who call themselves Pagans will celebrate Yule, a celebration of the changing seasons on winter solstice. “As Pagans, we celebrate the turning of the wheel,” said Elaine Sutherland. “This is a celebration of nature.” Nature is a focal point for the wide variety of Neo-Pagan religions in Augusta County that stress a communion with the Earth and all people on it....Sutherland said she was attracted to Wicca and other nature-based religions because of the equality of men and women, celebration of the elderly and belief in treating the Earth and others with respect and dignity...

Amen to that, sister. Or should I say 'Amen-Ra'? Heh! We celebrated with our coven, we were all smiles and had a good time. A couple days later I attended a Xmas party of a distant friend of mine. For a kick, we decided to bring some frankincense and myrrh to the party. I figured most regular Xtain folk did not actually see the real-deal up close too often. We showed the resinous globs around and everyone seemed interested. Not one person had a clue what they were. I off hand said, "Well, this is what the Three Wise Men brought to the baby Jesus in the manger". You could not believe the blank stares that elicited! Not one person among about 20 knew that fact. Ah, Xtains!

Jason at Wild Hunt has an excellent post "A Blessed Solstice" all about Yule. It's a great post to point someone to if you want to expose people to the Pagan roots of Christmas.

Speaking of pagan roots, I highly recommend the book "Pagan Christmas: The Plants, Spirits, and Rituals at the Origins of Yuletide", by Christian Ratsch and Claudia Muller-Ebeling. The authors are two German ethonbotonists who have packed their book with a ton of herbal lore. The book also includes some interesting recipies for cookies, candies, and even incense (there's a recipe for 'kyphi', the sacred incense of Ancient Egypt.) I bet you did not know the red clothes and white buttons of Santa's suite was inspired by hallucinogenic mushrooms! My suggestion is to act fast on this book: It looks like it's from a small publisher and I have a feeling it will go out of print in the not too distant future.
Posted by genexs at 8:18 PM